Early findings from the Government indicate that North Hamgyong Province has been most severely affected by extensive flooding, in particular Musan, Onsong, Kyongwon, Kyonghung, Yonsan counties as well as Hoeryong City.

Flooding is known to have killed 60 people and displaced over 44,000 people - 5 per cent of the population of affected areas1, as well as destroying more than 4,400 houses. Communication with and access to affected areas remains a challenge, however, immediate needs have been identified as emergency shelter, food, medication, water and sanitary items. 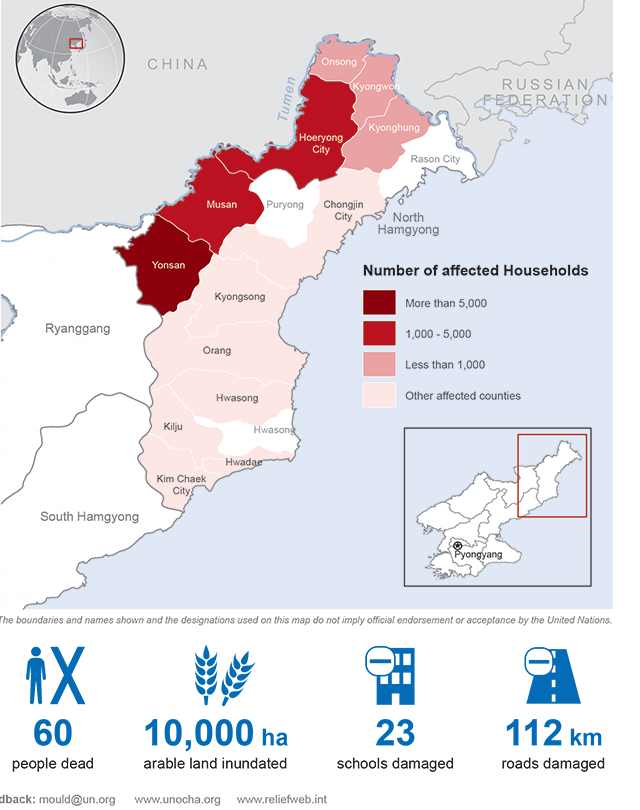 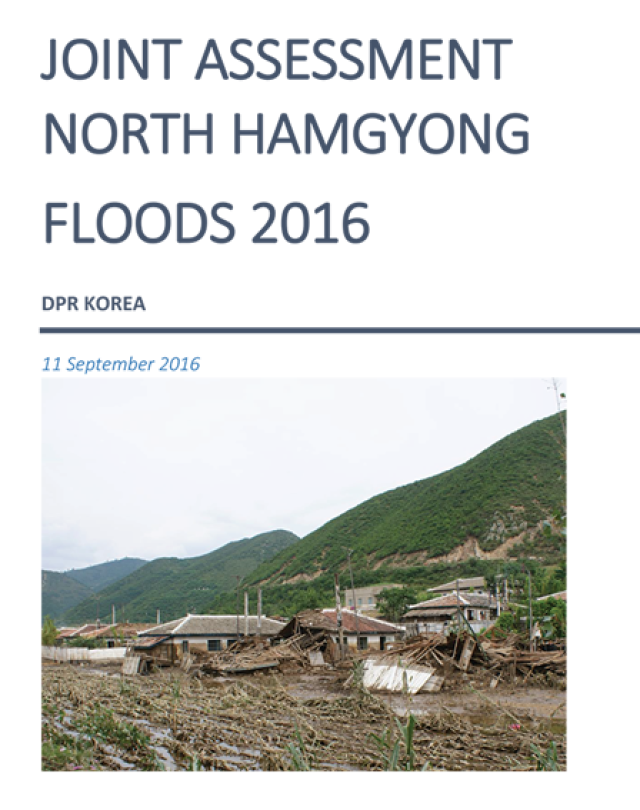 The remnants of Typhoon Lionrock passed the Democratic People´s Republic of Korea (DPRK) on 29 August 2016. 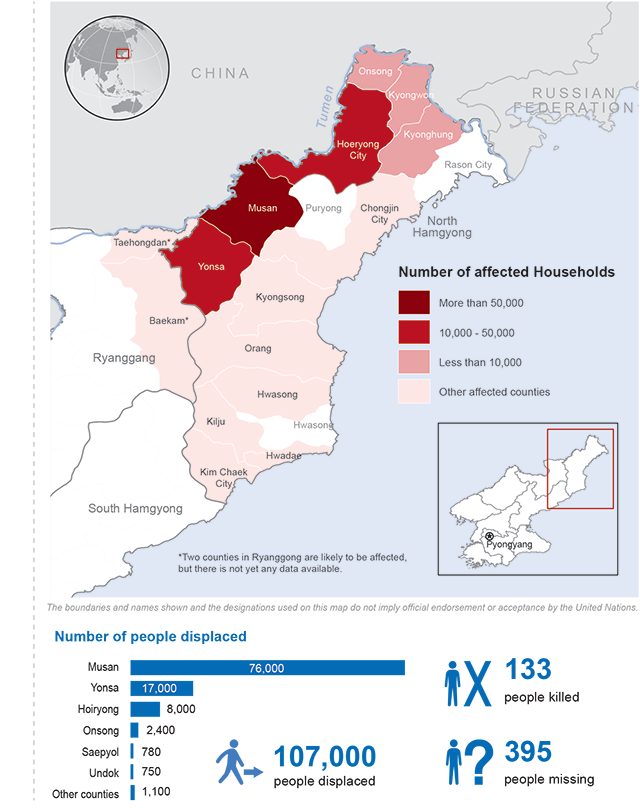 Flooding, triggered by heavy rains as a result of Typhoon Lionrock, in north-eastern DPRK has displaced tens of thousands of people and destroyed homes. 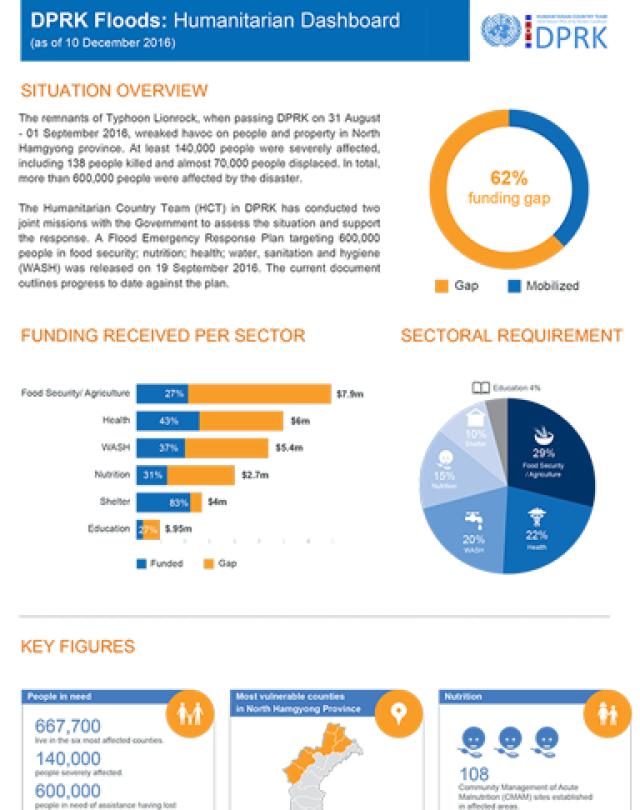 The remnants of Typhoon Lionrock, when passing DPRK on 31 August - 1 September 2016, wreaked havoc on people and property in North Hamgyong province.